This is her second story in this pen name and fourth series at Chillzee. 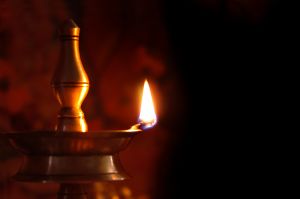 Sasi is an educated youth hailing from a village in south side of Tamilnadu. He has a well-knit family consisting of his father Rathnasami, mother Sulochana, elder brother Sakthi and younger sister Ganga. Sakthi is married to Selvi and they have a four year old son named Nandhu.

Once while in Chennai on an official cause, Sasi gets a chance to meet Sinthu and falls head over heels in love with her. Sinthu's family is also a lovely family consisting of her father Mahadevan, mother Swarna and brother Ranjith. Ranjith is married to Nanthini and Sinthu enjoys a very friendly relationship with Nanthini.

Sinthu and Sasi again gets a chance to meet in a train and they seem to have mutual interest in each other. But Sasi is shocked to hear that Sinthu is all set to get married in the next few days. As Sasi tries to hide his hurt, Sinthu's friend Abirami invites him also for Sinthu's marriage.

Sasi is very badly hurt and decides not to attend the marriage. But as fate would have it, Sasi's uncle Nallasivam is Mahadevan's close friend and his uncle asks Sasi to accompany him to the marriage. Sasi tries hard to avoid it but of no use. With no other options left, Sasi joins his uncle. In the marriage hall there's some sort of confusion and it's found that the groom has run away from the hall.

Because of his love towards Sinthu, Sasi thinks of a quick plan and manages to marry Sinthu with the wishes and blessings of her family. But when Sasi brings his newly wed bride to his home there's lots of chaos... Sasi's sister who is married to Chandran is sent back to his home because of his latest 'heroism'. Rathnasami denies to accept Sasi's marriage and asks the couple to stay away from his home. Sasi decides to live with his grandma in the next door.

Though Sinthu didn't express it directly, she is also very much in love with Sasi. But both Sasi and Sinthu are reluctant to accept and share their interest... As Sasi and Sinthu tries to understand each other, a strong friendly relationship blooms between Sinthu and Ganga. Ganga confides her problems with Sinthu and Sinthu is shocked to know that Chandran is already married to another girl named Sangeetha. Because of her affection towards Ganga, Sinthu decides to mend Ganga's life even risking her own marriage life...

So will Sasi understand Sinthu? Will everything return to normal in their marriage life? Will Rathnasami and Sulochana accept their marriage? And what happens to Ganga...

Read the story from here to know it yourself...